Man of many parts 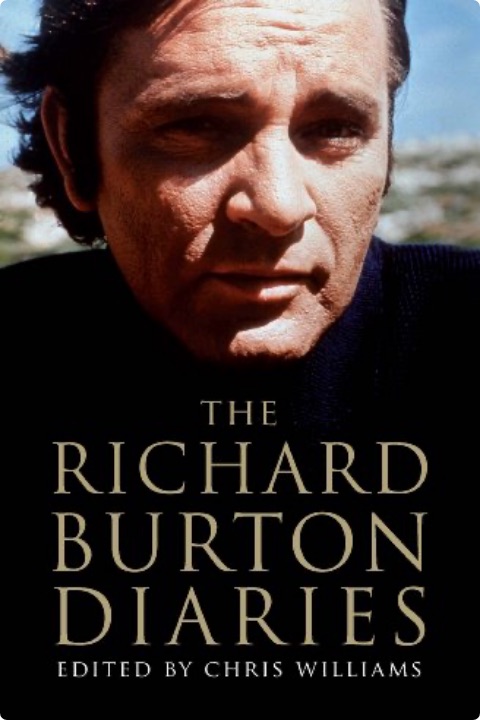 My father, a man not given to hero-worship, once told me that the only actor he really admired was Richard Burton. Some years later, I put the question to Peter O’Toole, who had been reading excerpts from his lushly overwritten memoirs at the Oxford Union. ‘Mr O’Toole,’ I said, ‘I was wondering if…’ A shy undergraduate, I may have stammered a little. ‘Which is to say, is there any actor … Or rather, which actor, of those you’ve acted with, or those you haven’t, among the living, or, indeed, the dead, would you say you’ve most admired, or aspired to emulate, in your acting career?’ To which the ageing thespian replied with a single word: ‘Richard.’

For those of a certain generation, this is to say, Burton was the man. And it wasn’t merely his abilities as an actor, though these were impressive enough, with his beaten-up handsomeness, his intensity, the wild look, never far from his eyes, of an alcoholic who has just spotted an abandoned glass of Scotch at the end of the bar, and above all, his deep, smouldering voice, like the purr of glowing coals. It was also the fact that he was married to Elizabeth Taylor and was completely loaded.

Unsurprisingly, he was less impressed by this than everyone else. He didn’t hate himself, or no more than any grown-up, imperfect human being. But he was afflicted by a profound dissatisfaction with his chosen career, a sense that what he should have been was a writer. Which is the second reason for reading these diaries. The first is that, for anyone interested in Burton, they’re a godsend. The meat of the book covers the years 1965 to 1972, when he was married to Taylor (first time round), and together they were probably the most glamorous couple in the world. It’s as if, say, we were able to get our hands on the journals of Mick Jagger around the time he made Exile on Main Street, or someone had dug up a lost interview with Muhammad Ali in his prime. But it’s also a chance to see if Burton, who published little in his lifetime apart from the odd magazine article, could really have written books, and good books, books to have made him proud.

The first 40 pages, which can easily be skipped, describe 12 months of his life as a teenager, growing up in a working-class household in South Wales. He’s a nice, ordinary kid, competitive, good at rugby, unusually keen on Monopoly. No sign of any precocious literary talent, not yet. Then we get a few pages in 1960, by which time he’s famous, has turned his back on the theatre, and gone to Hollywood. They’re of little interest, more of an appointments diary than a journal. We skip, after that, to January 1965: 1 Friday. Recovered from crapulousness.Read Britannica with E. She’s a good little girl.

These words establish the themes of what’s to come: his complicated relationship with alcohol (crapulous = hung over), his desire to develop his intellectual powers (Britannica = encyclopaedia), and his love for Taylor (E = Elizabeth). This last topic raises him to occasional heights of eloquence, giving glimpses of the author he might be.

For instance, in November 1968, he writes: I have been inordinately lucky all my life, but the greatest luck of all has been Elizabeth. She has turned me into a moral man but not a prig, she is a wildly exciting lover-mistress, she is shy and witty, she is nobody’s fool, she is a brilliant actress, she is beautiful beyond the dreams of pornography…

At other times, the prose is less lyrical: grim, honest and affectionate. In June 1969, he describes his horror when she starts to bleed from her ‘bumsy’:

And I mean BLEED. Not your pale pink variety but thick clots of blood that had to be fingered into disappearing down the drain… I searched E’s bumsy very often to check up on its progress. It is an extraordinary thing to look up somebody’s ass-hole, and a beautiful ass it is, and to do it not with lust or sex in mind, but with love.

Burton isn’t the only actor to have expressed contempt for his own profession. Laurence Olivier, perhaps the greatest stage actor of the 20th century, once dismissed it as ‘not quite the occupation of an adult’. Marlon Brando, probably the greatest actor in movies, was deeply uncomfortable talking about what he did. The subject bored him, he said.

Burton was like a cross between Brando and Olivier, but more intelligent than both, in the academic and conversational senses. He didn’t pretend, as they did, to be cleverer than he was. He didn’t need to. Above all, he was a reader, and among the many pleasures of these diaries are his comments on the vast number of books he read over the years, often at a rate of several a day, as he waited off-set between takes, or cruised round the Med with Taylor and their various children in their fine-lined motor yacht, the Kalizma.

He loves Evelyn Waugh (‘the writer I’d like to write like most’), but hates Hemingway (‘a romantic shit’). After reading Malcolm Muggeridge quoting Hugh Kingsmill, who described the act of love as ludicrously disgusting, he responds:

Speak for yourself Kingsmill. I love its disgustingness and comicality. Put some jaundice in your eye and the act of walking is ludicrous and obscene, and swimming and, above all, eating. All those muscles, in most people, 50 per cent atrophied, sluggishly propelling people over land or through water or gulping oysters. Come off it.

The most likeable quality that emerges is Burton’s self-awareness: specifically, his accurate sense of what others might perceive as his faults. However, there are two areas in which his self-image seems distorted. The first is his belief that he could have been, even should have been, a writer. One moment, he is planning an autobiography; the next, a book on Welsh rugby; then a history of ‘La Peregrina’ (a pearl he bought for Taylor in 1969). Yet it’s unimaginable, from the evidence here at least, that Burton might ever have approached the level of achievement in literature that he managed as an actor. Apart from anything else, he lacked the capacity for sustained concentration. As he admits, he’s easily bored, by acting, by women (with the exception of Taylor) and by himself.

His second self-lie is that he isn’t an alcoholic. If you’re going to be one of those, the conviction that you aren’t is invaluable. For various reasons, Burton’s drinking got away from him in the early 1970s, accelerating his divorce from Taylor, and causing a lurching break in the narrative, which he had kept up, more or less, for seven consecutive years. The entries bob back in 1975, but it’s painful stuff. In May, for instance, we get:     Sunday 18th Booze. Monday 19th Booze. Tuesday 20th Booze. Wednesday 21st Booze. Thursday 22nd Booze. Friday 23rd Booze.

For two or three entries, that’s funny. Not so much for six.

Once, in an interview, it was suggested to Burton that his friend Dylan Thomas, who had died of drink aged 39, had led a tragic life. To which he replied: ‘He sought his death and found it, which is not entirely tragic.’ It sounded like he’d given it some thought. Burton himself made it to 59, before succumbing to a cerebral haemorrhage.

The last entries of these diaries are sporadic. He re-emerges in 1980, articulate, remarried (to the model Susan Hunt), and off the booze, though not, it turned out, for long. The common line on Burton has been that he was a man who failed to fulfil his promise, but I don’t buy it. I’m not sure I buy it about anyone. Burton smoked and drank a lot. When he wasn’t married to Taylor, he had affairs with some of the most beautiful women of his time. He swanned about from Rome to Paris, to Monte Carlo to New York. He gave enormous pleasure to many, many people, and left a handful of movies that might be called truly great. May we all leave our promise similarly unfulfilled.