Not grinning but scowling 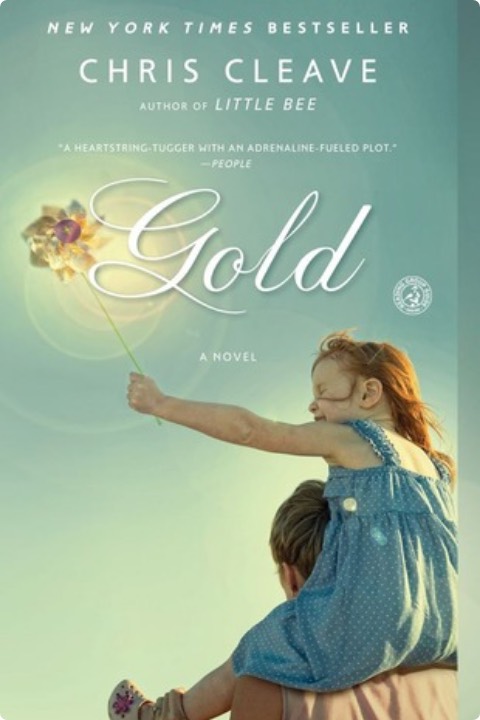 I am deeply envious of Chris Cleeve, so maybe everything that follows should be taken with a pinch of salt. This is a guy whose first novel won the Somerset Maugham Award and whose second nestled snugly in the New York Timesbestseller list for over a year. ‘Stunning,’ said the International Herald Tribune. ‘Stunning,’ said Newsweek. ‘Stunning,’ said Bookmarks Magazine. From the dust jacket of his latest, the author’s wry, clever, benevolent features (I just wish I were as nice as him) radiate calm: relax, they seem to say. I’m going to take you on a journey. All of which can only leave you thinking: wow. And: boy, this better be good.

Gold (and we’re off) takes us into the lives of three Olympic-standard sprint cyclists: Jack, Kate and Zoe. Jack and Kate are a couple, but Jack slept with Zoe (half-bitch, half-angel) during a break, and Zoe gave birth to Sophie, who has leukaemia. Then there’s Tom, the wise and wizened coach, with something sad in his past.

All the characters have something sad in their past, because how else could we care about them? But wait. They’re all also brave as hell and have a nice line in cute dialogue.

They’re sensitive, too. ‘Shit, Zo. I’m sorry,’ says Kate after a barbed remark. ‘No, no, you’re right,’ Zoe replies. ‘I was out of order.’ Does anyone talk like this, unless they’ve grown up on a fatty diet of self-help books, or novelists like Chris Cleeve? Again and again his characters do things that are done more often in novels than in life. They scowl. They shrug. They grin. At one point, Sophie ‘tried her hardest to scowl, but it came out as a grin instead’. Worst of all, they wink at each other.

No, they didn’t, I kept thinking (recalling Kingsley Amis’s reaction to the novels of Virginia Woolf); that’s just what they didn’t do. The prose is clean and light, and sometimes Cleeve conjures something: the ‘perfect green bubble of snot’, for instance, that swells from Sophie’s nose, then shrinks back ‘like the membrane of a calling frog’. But mostly when he ventures into the forests of metaphor, he gets hopelessly lost. For instance, ‘Zoe’s heart was still snagged on the wire of the fence her friend had put up between them’. Or someone’s laugh, we’re told, resembles ‘a goose honking with its head jammed in a half-empty Lyle’s Golden Syrup can’. No, it doesn’t, I thought. That’s just what it doesn’t resemble.

I know, I’m missing the point. The point of Cleeve’s novels, as his publisher tells us, isn’t what they’re about (or even perhaps how they’re written). ‘What really matters is how they make you feel.’ I can’t deny the emotional clout. When characters hug or cry — or even when they wink at each other — my ancient heart gave its answering twitch. But this is an author who has been compared to Dickens and Zola, for God’s sake. I should be shrugging, I know. But I’m scowling as I write this.