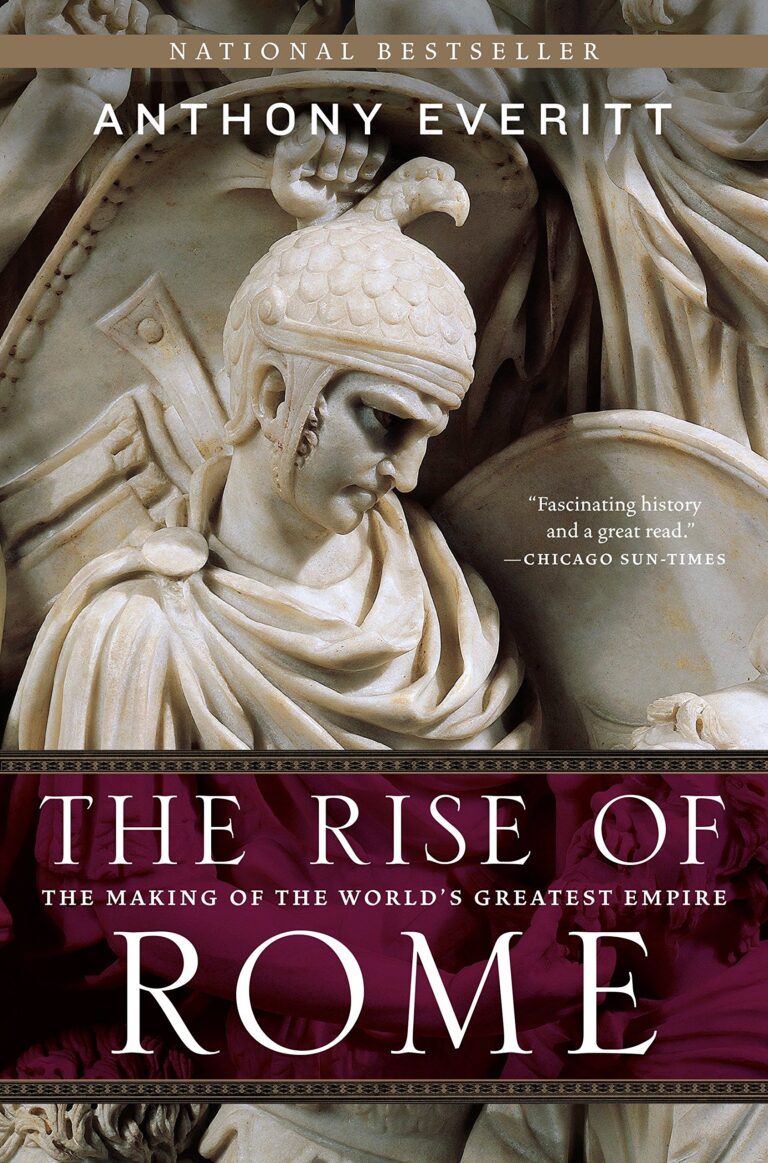 In 193 BC, Scipio met Hannibal at Ephesus, and asked him who, in his opinion, were the greatest generals of all time. Since he’d personally defeated Rome’s most dangerous enemy a decade earlier, he rather expected to be on his list. But Hannibal first named Alexander the Great; then Pyrrhus (who like him had come within a whisker of sacking Rome); and for his third choice — one can’t help but feel he was taunting the self- important Roman — himself. And what, Scipio expostulated, if I hadn’t beaten you at Zama? In that case, the Carthaginian replied with a smile, I should have placed myself first.

Of course, as Anthony Everitt observes in his excellent guide to Rome’s early history, this story is too good to be true. But who cares? Not Everitt — or rather, he does care. Of course he cares: he’s a responsible historian, after all. But one of his book’s many virtues is its recognition of the truths concealed inside myths and stories. Another is its sympathy for Rome’s enemies, who, like the devil, have all the best tunes.

Take Pyrrhus. ‘No beauty’ — as Everitt notes with soft humour — he reportedly had an upper row of teeth that consisted of a single curve of bone, the different teeth demarcated only by slight grooves. No wonder his enemies quailed. A rare example of an important Albanian, he rose up from the unarable lands opposite present-day Corfu, and became Rome’s rugged nemesis. One story has it that a vast warrior among the ranks of his enemies challenged him to single combat. Although already horribly wounded, Pyrrhus didn’t hesitate, according to Plutarch:

Wheeling round, he pushed through his guards — enraged, smeared with blood, and with a terrifying expression on his face. Before the man could make a move, he struck him such a blow on the head that, what with the strength of his arm and the fine temper of the blade, his sword cut down through the body and the two halves fell apart.

But true? Of course not; yet it was true that it was said about him, and that’s an aspect of history too. Another Plutarchian whopper (probably) has Pyrrhus telling his philosopher pal Cineas what his plans would be after taking Rome: Sicily next; then Carthage and Libya; then Macedonia, obviously; and in the end, the whole of Greece. And after that, his friend asked him, what then? ‘Why then,’ Pyrrhus replied brusquely, ‘we will be able to live a life of leisure and spend our days drinking and in private conversation. To which Cineas put the devastating question: ‘What stops us from doing that now?’

The frenzied general, in Everitt’s hands, cuts a tragic figure of a kind that would have appealed to Marlowe or Shakespeare. (At our first meeting with Macbeth, you’ll recall, he has just ‘unseam’d’ an enemy ‘from the nave to th’ chops’). Yet over the gulf of time, Pyrrhus appears more glamorous, at least, than the saintly hypocrites of Rome’s rise. Can we still praise Brutus for butchering his rebellious sons (I mean Lucius Junius Brutus, obviously, who founded the Republic, not Marcus Junius Brutus, who betrayed Julius Caesar)? Or Lucretia for admitting to having been raped, and then killing herself? Or the censorious Cato the Elder?

In hindsight the past seems inevitable, while the future looks impossible to predict. Yet it’s unlikely both these perceptions are correct. The growth of Rome from a small market town to a sprawling empire was, as Everitt shows, a bloody, haphazard affair. Any sense of the rightness of it, of destiny at work, must have come gradually, with accumulative force. The author touches on administrative and technological factors that contributed: the offering of Roman citizenship to the defeated; the invention of the corvus or crow, a beaked grappling bridge that played a decisive role in naval battles during the First Punic War.

What he fails, I think, to explain — though his book is otherwise elegant, swift and faultless as an introduction to his subject — is the power that accrued to Rome as an idea: as a cause for which 60 dignitaries would stab Caesar to death in the Senate House. The golden age of the Republic may never really have existed. That, at any rate, is the impression given here. But some belief in it, and an accompanying feeling of superiority, must have lent conviction to the voice of the governor, and strength to the soldier’s arm.