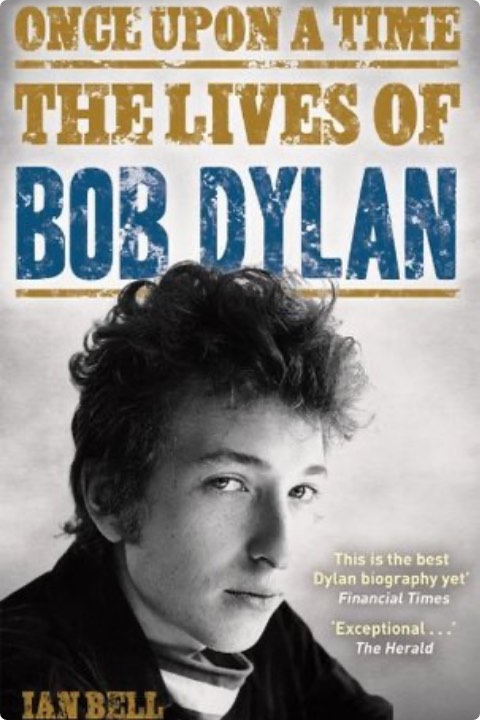 In February 1966, in the first flush of his fame, an interviewer asked Bob Dylan what his songs were about. ‘Oh, some are about four minutes,’ he responded. ‘Some are about five. And some, believe it or not, are about 11 or 12.’

The joke was justified, in a sense. Why should any artist be made to reduce his work to a soundbite? At the same time, in Dylan’s case, the verbal sleight was part of a pathology of evasiveness, a refusal, even an inability, to meet the eye of a question, which presents the would-be biographer with serious difficulties. How can you hope to unearth the truth about someone who devoted so much of his energies to burying it — a guy whose first girlfriend, to give just one example, only learnt that his real name was Robert Zimmerman after he got drunk and dropped his draft card?

Ian Bell acknowledges this problem in the title of the first instalment of his ambitious two-volume study, Once Upon A Time. What we’re dealing with here, the phrase implies, is stories, and stories about stories. The author’s tactic, which is itself evasive, is not to try to pin the singer down. The point, he seems to say, is that nobody knows. Here are some theories. Here are some stories that he told and some that were told about him. What’s true is anyone’s guess. As a stratagem, this fails spectacularly during the painfully dull first 200 pages of his book, which feint around their subject, parry at imaginary ripostes, and leave us longing for a real engagement. Then at last the miracle years arrive. Albums descend like snow, culminating in Bringing It All Back Home (March 1965), Highway 61 Revisited (August 1965), and Blonde on Blonde (June 1966). In this blizzard of songs, the book comes into its own.

The key single, for Bell, and for a lot of people, is ‘Like A Rolling Stone’, the opening number on the second of these three releases.

Once upon a time, you dressed so fine, You threw the bums a dime in your prime, didn’t you?

For Dylan, it was monumental. After writing that song, he confessed, he no longer yearned to write formal poetry, or novels. He realised he could say it all in music.

The ‘debate’ as to whether he should be considered a poet is boring, but Bell handles it brilliantly. Dylan, who may or may not have named himself after Dylan Thomas, thought of himself as a poet, or said he did. In a nice, untypical anecdote, we hear how he dropped in on the ageing poet Carl Sandburg in North Carolina to pay his literary respects. ‘My name is Robert Dylan and I am a poet,’ he allegedly declared by way of introduction (although, as Bell observes, ‘it doesn’t sound like him’). Awkwardly, the older man hadn’t heard of him. Dylan left in a funk.

A sucker for Rimbaud, and the romanticist, muse-of-fire notion of poetic inspiration, he spoke in similar terms about his song-writing. ‘It’s like a ghost is writing a song like that,’ he remarked, for instance, of ‘Like A Rolling Stone’. ‘It gives you the song and it goes away, it goes away. You don’t know what it means.’

There’s pain in that repetition. Dylan’s ‘ghost’ deserted him at the end of the decade, and that crisis provides the drama of this book. What went wrong? Was it the come-down from the hard drugs on which he’d relied so heavily? Had he written himself out? Bell’s view, and it’s a persuasive one, is that he was paralysed by the death of his father, Abe. But I incline also to the pram-in- the-hall theory. He married. He was happy. He lost the knack of creativity. Dylan’s releases, which had been so revered, grew fewer, weaker, greeted with dismay by all but the most white-knuckle fans. Self-Portrait (1970), an album of covers, seemed an insult. New Morning. Pat Garrett & Billy the Kid. Planet Wave. Slim pickings, most agree. So when, in 1975, the immaculate Blood on the Tracks appeared, it was like a second coming.

By Dylan’s own account, it had taken a long, long time, but he had finally learnt ‘to do consciously what I used to be able to do unconsciously’. But there was more to it than that. His marriage was breaking up, under the weight of who-knows-what. His son Jakob — himself a gifted singer, who rarely speaks of his father — has described Blood on the Tracks as ‘my parents talking’. There’s little reason to doubt it. The album, arguably one of the greatest ever, was the first in which Dylan successfully applied his talent to writing about himself: not only his array of splintered selves (protest singer, rock star, outlaw, lover), but also Robert Zimmerman.

Again, soon afterwards, he was asked in an interview what his music was ‘about’. This time round, he looked the question in the eye. ‘The present,’ he replied.