The questions will ever echo 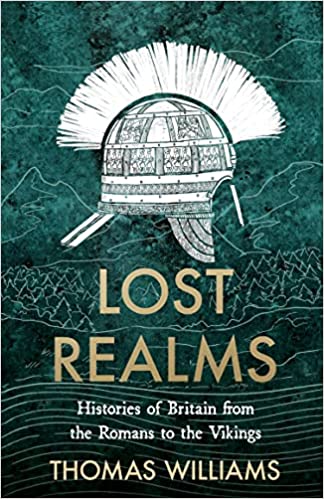 Once, when we shared the same history teacher in our teens, my older brother Dominic handed in an essay about the Dark Ages that deliberately parodied a sub-Tolkien mysticism of tone. ‘Little is known,’ his opening sentence ran, ‘about those shadowy twilit years twixt 400 and 600 AD.’ Our teacher was particularly enraged by the word ‘twixt’.

In Dom’s defence, he was just reacting to a challenge that still confronts medievalists today. When there’s barely any evidence, what is there to say?

The response of this intriguing book by Thomas Williams is to lean into the problem. In Lost Realms, he makes a beeline for the very darkest part of this dark time in British history – centuries when, it’s supposed, levels of anarchy and violence were such that not much was written or left behind – and then, not content with that degree of darkness, he seeks out the country’s dankest corners.

He tends to shun kingdoms such as Wessex, Mercia and Northumbria to focus instead on nine smaller ones, about which even less is known: Hwicce, for example (roughly, today’s Gloucestershire and Worcestershire); Elmet (roughly, West Yorkshire); and Fortriu (Nairnshire, Moray, Banffshire and Aberdeenshire).

Moreover, Williams promises to keep things dark, and won’t let his imagination run away with him. A scrupulous scholar, he studs his text with shy qualifiers and self-conscious subclauses. The word ‘obscure’ crops up several times, as does ‘unknow-able’. Inevitably, there are moments one feels he may have set himself an impossible task.

But ultimately it proves worthwhile. As Williams argues, the old linear narrative – of superior Saxons elbowing aside incumbent Britons – will no longer do. From the viewpoint of the vanquished, the past seems more of a patchwork. Instead of segregation, we see integration, albeit with examples of institutional racism. In Wessex, c.700, the wergild (the price paid to avoid a feud after killing someone) was more than three times higher for a Saxon than for a Briton. A Saxon literally thought he was worth more than a Briton.

In a chapter on the elusive kingdom of Rheged – which may have existed somewhere around the Lake District, and whose king may have been called Urien or Uryens – Williams seizes the chance to revisit scenes from John Boorman’s terrific 1981 film Excalibur. He describes the sequence in which the young Arthur (Nigel Terry), having pulled the sword from the stone, has the rebellious Uryens (Keith Buckley) at his mercy in a river. But instead of killing him, he kneels, hands him Excalibur and asks Uryens to knight him. With the sword in his grasp, Uryens has the chance to kill Arthur and claim power. Yet after a momentary hesitation he is overwhelmed by the boyish bravery. He knights Arthur, saying: ‘Rise, my king. I am your humble knight and I swear allegiance to the courage in your veins.’

Having grown up with this film, I was excited to learn that Uryens (or Urien) may actually have existed. I was also thrilled to read the lines of praise in The Book of Taliesin, a 14th-century manuscript of Welsh poetry, some of which may date from centuries earlier:

At the end of the Rheged section, Williams concedes (as he often must) that we will never know anything for sure about this kingdom or its leaders. Then he succumbs to his worst stylistic quirk, which often afflicts him at the edges of his chapters. You might call it the ‘twixt tic’ or ‘sub-Tolkien syndrome’. He adds: ‘The questions, however, will ever echo.’

As my brother understood, those in love with the Dark Ages may find themselves referring to ‘slumber’ instead of ‘sleep’, and ‘roil’ rather than ‘boil’. Both preferences are evident here. And it gets worse, as if the author’s determination to be strict has prompted these wilder impulses. When writing about Hadrian’s Wall, Williams concludes:

And so the ghosts of the wall remain.
To wait.
To keep watch.

He doesn’t go all the way with ‘twixt’, but I can’t help feeling he came close.

These moments aside, Williams makes a compelling guide as he steers us through the darkness. And at times, he’s even downright funny, which is not a quality one necessarily associates with medievalists. When, with all the ruthlessness of Don Corleone, King Offa chops off the head of an obstinate rival, Williams concludes that the Mercian king was ‘an Offa you couldn’t refuse’.