There sleeps the Marbled King 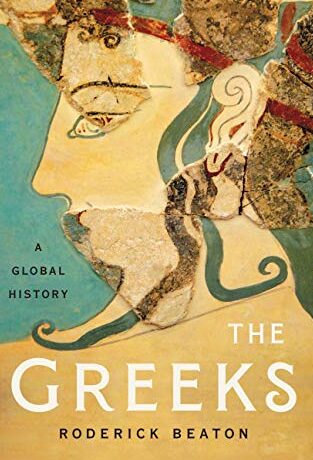 Imagine a new take on the Greek myth of Pygmalion. A love-shy artist makes a woman out of marble who is so beautiful that he falls for her and prays that she will come to life. For a moment, he thinks his wish will be granted, but it is only his imagination. Now, in his sadness, he feels as if he himself is turning to stone.

This, in a sense, has been the story of the Greek nation since, two centuries ago, a gang of brigands and diplomats took up arms to breathe life into the Parthenon marbles and revive the glory that was Greece. Thus began the phenomenally bloody Greek War of Independence, which brought an end to the centuries-long Ottoman occupation. Yet even at the start, the dream was as chaotic as its realisation. For then and later, a second fantastic mission existed alongside that of resurrecting the spirit of classical Athens.

Known as the Megali Idea (Greek for the Big Idea), it longed for a restoration of the Byzantine Empire. This had nothing to do with Homer or with Socrates. Instead, it looked back nostalgically to the Middle Ages, when for a thousand years a Greek-speaking power in Constantinople controlled all the lands around the Aegean. When that city fell to the Ottomans in 1453, legend has it that the last emperor, Constantine XI, was whisked away to safety by an angel and turned to stone. There sleeps the Marbled King, until the day when he will awake and lead the Greeks back to Levantine supremacy.

Yet as Roderick Beaton tells it in his packed, panoptic new history of the Greek-speaking people, it has been this Big Idea, this Hellenic equivalent of a Second Coming, that has inflicted the most damage on modern Greece. For it led to the military disasters of 1897 and 1921, the second of which, known to Greeks as The Catastrophe, resulted in the forced migration of Greek speakers living on the far side of the Aegean. Some 1.3 million refugees were absorbed into a country whose population was little more than 5.5 million.

During their War of Independence, the Greeks could appeal to the classical ideal and win support from the Great Powers of the time. The Big Idea, by contrast, has no such international currency, yet it still refuses to die. A Greek friend tells me that, during his military service in the mid-1990s, he and his friends used to sing songs about “when we go get Constantinople”. According to him, nostalgia is “the national disease”. I have a sense he is being harsh on his compatriots. But to go back to our reverse-Pygmalion myth, it does seem as though, in its desire to revive old marble, the country has sometimes been stuck in the past.

When I asked the same friend how he felt about Greek history being written by an Englishman, he replied it would likely have less political bias. Beaton certainly retains a fine balance. In his early chapters, he gives as much space to the militaristic Spartans, beloved of the right, as he does to the arty Athenians, idolised by the left. Later on, he emphasises that a passion for classics wasn’t confined to Greece. Neoclassicism has stretched from the public buildings of Munich to the columns of the Royal Institution in Mayfair.

With three and a half millennia to cover, Beaton inevitably starts to skim. His litany of Byzantines comes to feel like one darn emperor after another. Yet to be fair, he does have 11 Constantines to get us through. In any case, readers of his light last chapters, which race through the recent past, needn’t feel short-changed. They can always switch to his own brilliant earlier volume, Greece: A Modern Biography.

Taken together, these two books provide a monumental, one might say a marmoreal, introduction to the history of Greece and the Greeks. Their author is an academic with an Olympian perspective and a clear brisk style, who knows as much about Greece’s modern culture as he does about its history. His love for its recent plays and poetry, its films and novels, is what gives his histories their special savour.

We get a characteristic Beatonian touch, for example, in his handling of the rule of the Colonels, when some ex-soldiers seized power in the late 1960s. One of them, Georgios Papadopoulos, used a chilling metaphor to describe their supposedly caring dictatorship. “We have a patient,” he declared. “We have strapped him in plaster. We test him to see whether he can walk without the plaster.”

Beaton informs us that, in a scathing response, the novelist Thanasis Valtinos wrote a short story entitled The Plaster Cast, in which a man in hospital watches in dismay as his body is increasingly encased in plaster. Finally, to his horror, he recognises the doctor who is about to cover his face with plaster, too. It is the same man who tripped him, causing the injury that put him in hospital in the first place.