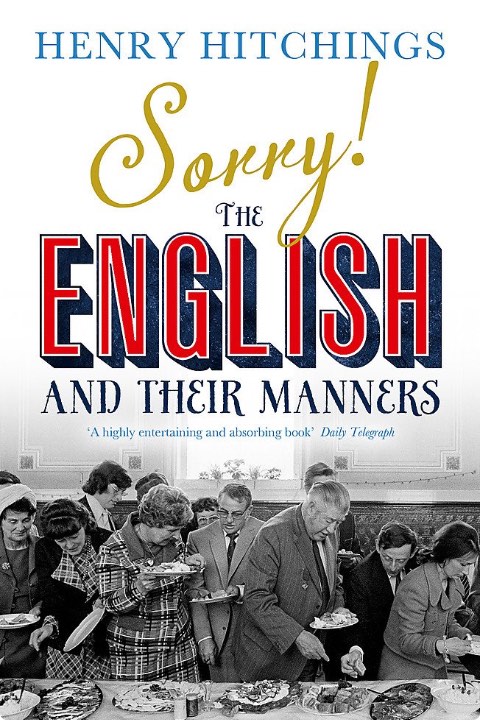 A man raised by apes is discovered in Africa, recognised as an English lord, and escorted home. At a formal dinner, he raises a bowl of soup to his lips and slurps noisily. His grandfather, noting consternation among the other guests, immediately does the same, murmuring, ‘Quite right! Quite right! I hate spoons.’

This scene in the strangely underrated 1984 movie Greystoke: The Legend of Tarzan, Lord of the Apes (with a wild-eyed Christopher Lambert as the apeman, and a wild-haired Ralph Richardson as his lovable grandfather) illustrates, I think, the two defining components of good manners: etiquette and decency. Occasionally, as here, they come into conflict, in which case (as Richardson shows) decency comes first. The essence of manners, after all, is to put the other person at their ease.

This isn’t to dismiss the purpose or profundity of etiquette, whose rules are usually decent, at least in origin. Hat-tipping, Henry Hitchings suggests in his new book Sorry!, may go back to a time when a man raised his helmet’s visor to reveal his identity. (Similarly, I’d argue, sunglasses should always be removed in company, even if only temporarily.)

Hitchings is most comfortable writing about linguistics and the past. We are reminded that ‘Goodbye’ is a short form of ‘God be with ye’, relic of an age when this would have been a genuinely welcome blessing. The more recent rise of ‘Hello’, meanwhile, was prompted by the arrival of the electric telephone. Its inventor Alexander Graham Bell advised users to adopt ‘Ahoy!’ as their opening gambit. Thankfully, this lost out to the suggestion of his rival, Thomas Edison. ‘Hello’, like its progenitor ‘Hallo’, was originally an expression of surprise, as if to say, ‘I didn’t expect to hear from you’ — which in the early days of the long-distance conversational device must have been apt.

Some points of etiquette are less easily explained. It’s normal in England, when asked how you are, to reply, ‘Fine thanks’, regardless of your state of health. Is this an instance of stiff upper lip — a reluctance to admit pain, even as you’re nailed to the cross? Not only. It’s also a linguistic quirk (neither named nor fully explained by Hitchings) known as a phatic exchange: an unwrapping of verbal formulae, like small gifts. Other examples might be remarks on the weather (‘Nice day’; ‘Yes, isn’t it?’) or minor compliments (‘You look well’; ‘You too’). The words don’t carry their proper meaning, but something is being said: i.e. that both participants subscribe to the basic rules of society. The Japanese, I’m told, have a broader range of accepted phatic utterances, known as aizuchi.

We do not learn this from Hitchings’s book. Despite its perky title, it turns out to be a study not of good manners exactly, or not in any concentrated way; rather, it’s a pleasant, if laboriously chronological survey of various aspects of English social life since the Norman Conquest. As such, it is itself an impeccably well-mannered and deeply English product.

Amusing but not funny, well-informed without being brilliant, softly spoken and rather vague, it shies away from big ideas as if they were errors of taste, like the plum-coloured loafers to which the author endearingly confesses. In his antepenultimate chapter, Hitchings refers us to the science writer Steven Pinker (a Canadian), who thinks there has been a decline in manners in the West. Counterintuitively, Pinker celebrates this as a triumph of civilisation: society is now so safe, we don’t need the old niceties to keep the peace. I’m not convinced by this theory, but I wish Hitchings had done more than mention it in passing. Simply, I’d like to know what he makes of it.

Any apparent deterioration in manners is, I suspect, a mirage created by a diverse and fractured society. In reality, each enclave retains its rules, which are adhered to by most of its inhabitants. To return to the distinction between etiquette and decency, the latter may have declined, but I prefer to doubt it. I’m not that old, not yet.

The draw of etiquette, meanwhile, will always be robust. In Brett Easton Ellis’s American Psycho (1991), the anti-hero, who delights in murdering hoboes and prostitutes, is asked by his girlfriend why he doesn’t quit his boring job. To which he replies aggressively, ‘Because I want to fit in!’ Much of the novel’s shocking humour lies in the gap between the protagonist’s public manners, which are flawless, and his private morals, which are deranged. Yet his need to ‘fit in’ renders him oddly sympathetic at times, amid the sadistic mayhem. Why? Because the desire is universal, as human as the impulse to fall in love, or imagine a better world.