What happened to Mallory? 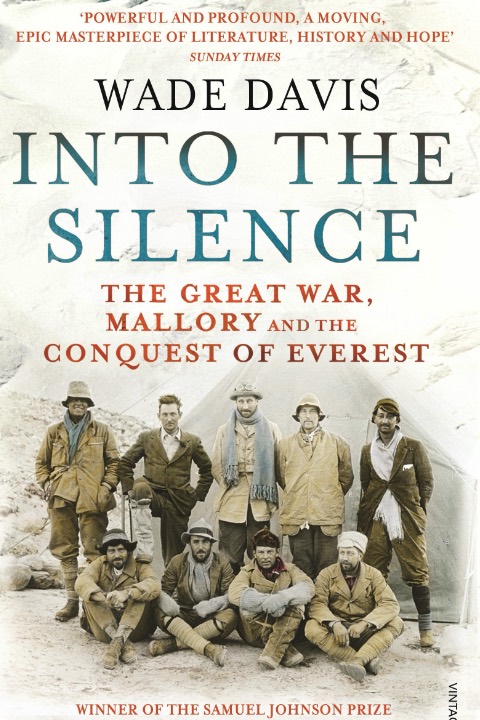 ‘The candle is burning out and I must stop. Darling I wish you the best I can — that your anxiety will be at an end before you get this — with the best news, which will also be the quickest. It is 50-to-1 against us but we’ll have a whack yet and do ourselves proud. Great love to you. Ever your loving, George. ‘ Thus wrote the magnificent (and in many ways muddle-headed) mountaineer George Mallory on 27 May 1924. It was his last ever letter to his wife Ruth before he disappeared into the blizzard that swirled around the summit of Mt Everest, never to return. Did he reach the top? That is a question that cannot conclusively be answered and Wade Davis doesn’t try to. Instead, in his quite brilliant new book, he applies himself to the question of why. Why did Mallory want to climb the world’s highest mountain? Why did his desire grow into an obsession, which apparently persuaded him to push on, even as his chances of survival dwindled to zero?

Asked this question beforehand by an interviewer, he is said to have replied, ‘Because it’s there.’ Davis gives this vignette short shrift. Mallory probably didn’t say it, or if he did, he meant it not as a distillation of some pre- Sartrean existential philosophy; more likely, he was bored by the conversation and needed a drink.

In any event, Davis has another explanation, to which he devotes the first 144 pages of his book. The British assaults on Everest in 1921, 1922 and 1924 (in all of which Mallory took part) cannot be understood, the author argues, except in the context of the first world war. Nor is it enough for him to state this, or briefly make his case. He takes us through it. He presents us, in sickening detail, with the wartime experiences of the Everest climbers — the murders and mutilations — so that by the time we leave the foothills of Into the Silence, we have some idea of how they must have felt.

Soaked in slaughter, these tweed-clad veterans weren’t afraid of dying, or not as you or I might be today. As Davis puts it, ‘They had seen so much of death that life mattered less than the moments of being alive.’ The Everest campaign became an echo of the Great War, but one intended to restore the idealism so many had lost. The best and bravest would again risk their lives, but lose them only through sacrifice brought on by their own deliberate actions, not randomly, courtesy of a sniper’s bullet, or by being blown to smithereens. That was the idea.

The product of a decade’s research, Into the Silence has two supreme strengths, the first of which is the emotional, spiritual and historical context it provides against which to understand the central events. The other is the author’s effortless knack for sketching character. His portraits of Mallory’s varying cast of team mates on those three expeditions — each of whom had his own weaknesses, but each in his own way being extraordinary — keep the narrative engaging for anyone who is left unthrilled by the minutiae of climbing. The first expedition, for instance, was led by Charles Howard-Bury, an aristocratic polyglot who spoke 27 languages and had toughened himself in youth by wrestling with a pet bear.

The following year, Charles Bruce was in charge, a gruff soldier with a Herculean libido and a gung-ho approach to climbing that had earned him the nickname of MMM (Mad Mountain Maniac). Mallory himself, puckish, pretty, and tough as hell, was also notoriously absent-minded, liable to leave behind his compass, or forget to wear a second pair of socks. This air of amateurism pervaded the expeditions, and like Mallory’s personality, it provokes conflicting emotions today: exasperation in the midst of pathos.

As one nears the end of the book, the denouement takes on its grim inevitability. The narrative switches, heartbreakingly, into the conditional mood. ‘Leaving camp’, Davis writes, ‘Mallory and [his climbing partner, Sandy] Irvine would have donned masks and communicated in hand signals. The oxygen mask would have painfully irritated Sandy’s face.’ And so on, into the silence.

When Ruth Mallory heard the news of her husband’s disappearance, she gathered her three small children together in her bed, and told them what had happened. They all cried together. A memorial service was held for Mallory and Irvine at St Paul’s Cathedral: the first and only time such an honour has been accorded to mountaineers. They were held up as symbols of nobility, of purity, of stiff-upper-lip Britishness.

But as Davis notes, with the passing decades the tale has come to seem just as much ‘a reminder of national impotence’. The ambivalent emotional charge of their passing, coming as it did at such a turning point in the history of the British empire, fully justifies the efforts the author has made to encapsulate it. And encapsulate it he has, precisely, grippingly and with comprehensive wisdom.