Who wants to live forever?

The Price of Immortality: The Race to Live Forever by Peter Ward; Methuselah’s Zoo: What Nature Can Teach Us about Living Longer, Healthier Lives by Steven N. Austad 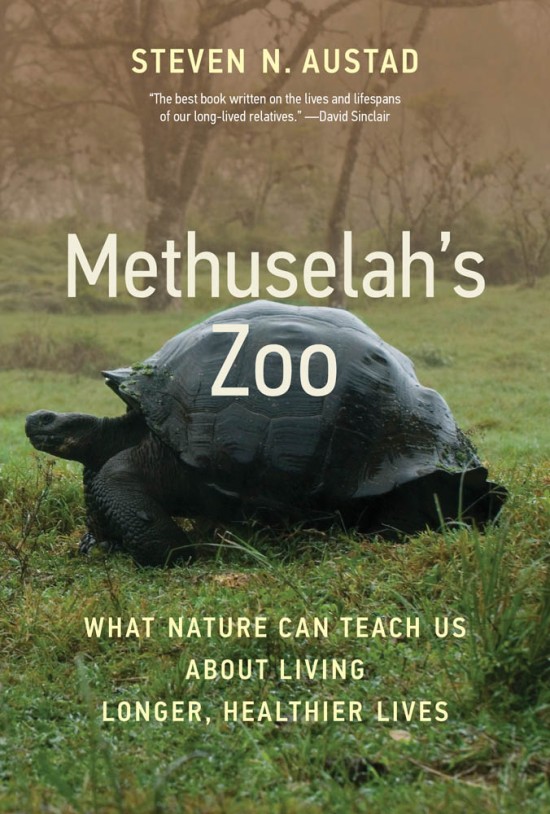 Uniquely among animals, we know we’re going to die. Our awareness of this painful fact predates Hamlet contemplating a human skull. Mythologies from every corner of the world contain katabasis (descent) stories: a hero challenges the irreversibility of death by descending to the Underworld in search of knowledge or to rescue a friend. This is the essential hero quest, with Death as the ultimate adversary for Orpheus or Osiris, or whoever is trying the two-way trip.

Given how long we have been staring at that skull, you might say it’s surprising how little we really understand about ageing and dying. We don’t even know why we do it, although we’re starting to.

Recent research at the London Institute for Mathematical Sciences, where I work, suggests there may be an evolutionary advantage to ageing. According to a paper by Thomas Fink and Mark Kotter, in a changing environment, species with an ageing-driven turnover rate such as humans will outcompete those that only die as a result of murder or misadventure (such as the aptly named “immortal jellyfish”, Turritopsis dohrnii). Species with death programmed into their genes will adapt more quickly. While individuals die, the species survives.

What that means is that, if ageing has evolved, we could devolve it. It may not, after all, be an inevitable fact of life. This kind of thinking, at any rate, is the hope of the quacks, crackpots, Panglossians and, in a few cases, serious scientists who form the subject of Peter Ward’s engaging new book, The Price of Immortality.

For many of these “immortalists” – people who entertain hopes of beating death – the aim is “escape velocity”. If they can live a few extra years, by then science will have found a way to extend their lives a little longer. By the time they have lived a little longer, science will have made another breakthrough, which will grant them a few more years; and so on, ad infinitum.

Hindus and Buddhists look forward to reincarnation; Christians and Muslims to an afterlife. For those of us with no such comfort, might it then make sense to learn the prospects of immortality, if any?

To judge from this book, something that might put us off is the shonkiness of the immortalists. They are a motley crew. Take Dave Asprey. On finding himself overweight and depressed, the American businessman executed a reverse katabasis, climbing to the uplands of Tibet in quest of enlightenment. A cup of tea infused with yak butter made him feel really good. He returned home and invented Bulletproof Coffee. It wasn’t tea and contained no yak butter, yet it was a hit. Asprey built a faddish health regime around it. He now crops up on the immortalist circuit, pushing his wares and making wild claims about the age-beating potential of stem cell therapy.

Or consider Aubrey De Grey. The bewhiskered Old Harrovian gerontologist seems like a clever guy and when MIT issued a challenge to disprove his theories on how to slow ageing, no one managed it. Yet his Merlin beard and publicity skills warn he is as much showman as shaman.

Ward’s wry survey of the weird world of immortalism goes heavy on the early history of cryonics (freezing corpses until we work out how to revive them) but it is light on the science of what we actually know about ageing. To fill this gap, at least partially, I recommend Methuselah’s Zoo by the zoologist Steven M Austad.

Austad’s big beef – and he’s not alone in this – is that too many experiments are done on mice. For anyone interested in ageing, the trouble with mice is that they don’t live very long, even relative to their size. Which terrestrial mammals live the longest? The answer to this, funnily enough, is humans. As Austad points out, mice should really be experimenting on us.

The rationale of this smartly written book can be summed up by what’s known as Orgel’s second rule, after the British chemist Leslie Orgel: namely, that evolution is cleverer than you are. So if you want to know how to extend the longevity of humans, one way might be to examine the superior longevity of other animals, then try to work out how they manage it.

As we’ve seen, this is tricky, since humans already have a high longevity quotient, yet there are animals that outdo us – and this gives Austad his cue for an entertaining tour of the whole animal kingdom in all its mad variety. I had no idea I would so enjoy reading about the naked mole rat, or indeed the “human fish”, a type of salamander that lurks in Balkan caves.

The one disappointing thing about this urbane volume is that even though Austad knows more about his subject than anyone on the planet, on the key points he still doesn’t know much. His chapters often end by asking rhetorically what lessons we have learnt from the exceptional longevity of such-and-such a beast – only to conclude that, as yet, the answer is none. More research is needed.

Specifically, Austad recommends we trigger a “Manhattan Project” to uncover the longevity secrets of birds. Or bats, for that matter. In this, he brings to mind Nikolai Fedorov, the Russian philosopher and godfather of immortalism, who argued in the 19th century that the quest to combat death should be put on a war footing.

Now that Jeff Bezos and other multi-billionaires have put their financial heft behind the quest to understand ageing, this may be what we’re getting. For anyone with cash to spare, I’d recommend channelling some of it towards the katabatic heroes at the London Institute for Mathematical Sciences. New technologies often originate in identifying and harnessing new scientific principles. In this case, the researchers would be descending into the unknowns of life’s thermodynamics and a theory of immortality.

Like the Greek hero Pirithous, who failed to make it back from hell, they might never be seen again. On the other hand, there’s a chance they might return with quite a story to tell.