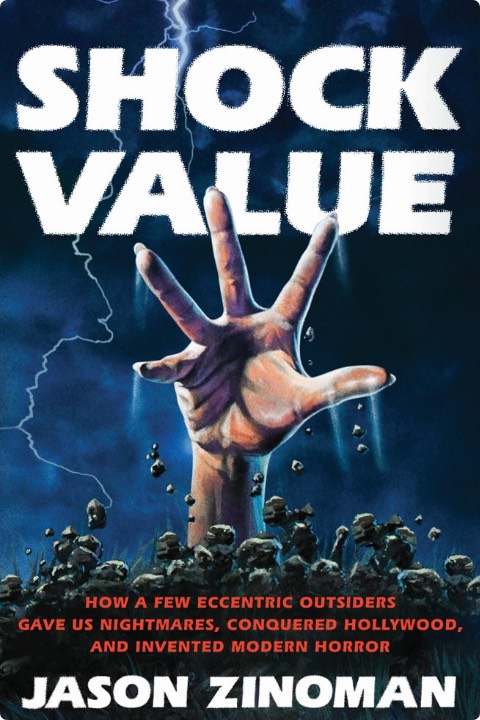 ‘The first monster that an audience has to be scared of is the film-maker. They have to feel in the presence of someone not confined by the normal rules of decency.’

Thus decreed Wes Craven, that maestro of horror who gave us, among other gems, The Last House on the Left (1972), in which a girl is forced to urinate on herself by a gang of rapists.

And on some level, he is obviously right. But as Jason Zinoman points out in his deft study of the rise of New Horror — that is, horror movies of the late 1960s and 1970s, which were more realistic, and so a hell of a lot scarier, than the Hammer-style schlock that had gone before — the pioneers of the style actually tended to be mild-mannered, geeky types, at least to outward view. Peaceniks. Film buffs. Soft-spoken oddballs. Or even conservative- looking figures such as Alfred Hitchcock, who physically resembled an overgrown baby. Yet this same man created, in 1960, the masterpiece that arguably spawned the whole New Horror movement.

In killing off its biggest star, Janet Leigh, at a relatively early stage, Psycho contravened a basic law of cinema. Which only made it scarier. Here, it was clear, was a director ‘not confined by the normal rules’. The film became the domineering mother of slasher flicks, revered by its filmic offspring, who liked to wear its clothes. Brian de Palma, in particular, was obsessed by the Master of Suspense, although the Master didn’t always feel flattered. After expressing dismay at De Palma’s Dressed to Kill (1980), which, like Psycho, featured a cross-dressing killer, he was assured that it was an hommage. ‘You mean fromage,’ the great man replied gloomily.

Yet Hitchcock himself wasn’t without faults. Notoriously, Psycho ends with a ponderous sub- Freudian lecture in which a psychiatrist explains why the knife-wielding transvestite Norman Bates made such a bad hotelier. (‘You see, when the mind houses two personalities, there’s always a conflict, a battle…’). This gratuitous coda appalled certain auteurs far more than the terrifying shower scene had. The Exorcist director William Friedkin, for instance, was a fan of the plays of Harold Pinter. And he understood what Pinter understood (which Pinter said he learnt from Hemingway) — that what is left unsaid can speak far louder than what is spoken.

When Roman Polanski made Rosemary’s Baby in 1968, he deliberately framed shots so they didn’t reveal everything going on in the room, enhancing the mood of unease. Five years later, when Friedkin made The Exorcist, he dropped all explanation as to why the devil chose to make that particular girl spin her head through 360 degrees and masturbate with a crucifix. We never learn, in John Carpenter’s Halloween (1978), why the murderer chops people up; it’s just what he does. This, Zinoman tells us, is what makes New Horror films so scary, precisely that they don’t explain. ‘The central message of the New Horror is that there is no message,’ he argues eloquently. ‘The world doesn’t make sense. Evil exists, and there is nothing you can do about it.’

Which is all very well for a horror movie, but in a book about horror movies we could do with a message, and we’ve paid for explanations. And it must be said that when it comes to the broader patterns, Zinoman slightly lets us down. True, he tells us (rather sketchily) why New Horror arose when it did. On the one hand, it was after the introduction of the new Motion Picture Association of America (MPAA) ratings system inadvertently allowed horror directors to get away with far more than they had previously, and it was also, on the other, before the rise of special effects wrested central control away from the hands of inspired film-makers. It was the era of Vietnam and Watergate: a time of uncertainty.

Perhaps. But the world we live in now isn’t so very certain, and one can’t help but note that, unlike in the 1970s, if you look at the lists of the top ten highest grossing movies year by year over the past decade, there isn’t a single serious horror film (pace the Twilight franchise). Unless, of course, you count 2004’s The Passion of the Christ, whose story, you could argue, is the original horror narrative, the urtext of gore fests.

For me, the crucial unanswered question, which is itself unnerving to consider, is why we enjoy watching horror films in the first place. Why do we get a frisson of pleasure as the meat-hook approaches the undefended wrist? Or, to put it another way, why are crowds drawn to public executions? Why did they flock to the Crucifixion? The real monster, after all, may not be the film-maker, but his audience. It may be us.