Witness for the prosecution 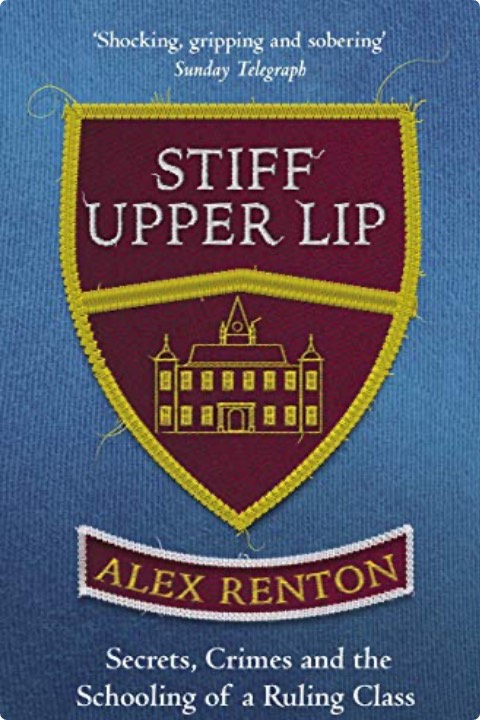 I used to worry that I would never be a good writer because my childhood wasn’t interesting enough. I now think there must be some other explanation. Because the truth is that, when I was still pretty young, my parents banished me to an isolated community where for years on end I was compelled to dress in heritage costume, endure the uncanny absence of women and participate in ritualistic group activities, often of a physical or religious nature. That’s right. I am an Old Harrovian.

On the face of it, this seems like an odd choice for my parents to have made for me — although it isn’t as bat-cave crazy as Alex Renton tries to suggest in Stiff Upper Lip, his rich, righteous diatribe against the public school system. ‘This is not a book about me,’ he announces in his opening sentence, but that’s not entirely true. All books are to some degree about their authors. Before Eton, where he was wretched and rebellious, Renton attended a prep school in East Sussex, where he was sexually manhandled by one teacher and madly thrashed by the headmaster, a drink-sodden sadist. Sadly, but unsurprisingly, he’s angered by these memories. This is an angry book.

So don’t be misled by the wry title and inviting cover design, which has been got up to resemble a school blazer. This is not by any stretch of the imagination a fun read, although it is compelling and provocative. As long as you know what you’re getting, you won’t be disappointed.

Stiff Upper Lip is three things. First, it’s a baffled inquiry into why, almost uniquely, the brutish British have routinely sent their children away to boarding schools. Second, it’s an outraged history of corporal punishment in such institutions, the structural fact of it, which now strikes us as shocking, and its gross abuses. And third, it’s a gruellingly close analysis of the sexual abuse that has taken place in many of these schools.

In his chapters on beating, even Renton is occasionally torn between horror and humour. He describes how, at a Yorkshire prep school in the 1970s, the older boys were invited one evening to their head-master’s study. He received them clad only in a dressing gown, dispensed brimming glasses of sherry, and confessed that he may perhaps have been a little harsh at times with his floggings. Then he shrugged off his gown and stood before them naked. ‘Now boys,’ he declared, handing one of them a cane, ‘you may get your own back.’

There’s nothing funny about paedophilia; nor about the way teacher-pupil abuse has been covered up at some schools, which revealed themselves to be no more than amoral money-making machines. Yet Renton’s horrified fascination with the subject throws his book off-balance. There are 140 pages about sex and 30 about beating, but no chapter on bullying, which is bizarre. Now that beating is banned, and stricter background checks on staff enforced, isn’t bullying likely to be the major concern of potential boarding-school parents?

As for the foremost question, it’s not properly addressed. What wasit with the British, that they started sending their children away to be educated? There’s a cursory suggestion it may have been because rich families lived in large, isolated rural houses. But that was true of other nations. Or was it that colonial couples, living and working abroad, felt compelled to send their offspring home for a better quality of education? Ditto. It turns out Renton isn’t all that interested in explaining the phenomenon of British boarding schools. He’s more comfortable with it being inexplicable. He didn’t enjoy Eton. Why would anyone? He wouldn’t dream of sending his children away to board. How could anyone?

So let me present the other side of the argument, since it isn’t something you’re going to find in this otherwise sound and sobering book. First, consider the Harry Potter books, which I’ve long suspected, with their arcana and incantations, were really an elaborate allegory for the study of classics. But the point is that J.K. Rowling’s success is a multi-million- pound proof that many children love the idea (at least) of boarding school.

Many love the reality, too. While reading Stiff Upper Lip, I took a straw poll of friends who had boarded. Most memories of prep school were very happy, of public school quite happy. Presumably, that’s partly because of the absence of parents, hard as that may be for some parents to accept. Not that the parents aren’t loved. But their distance gives the adolescent the space to test or develop more daring aspects of personality, which isn’t so easy under the benign parental gaze.

This must be one way in which, for some children, boarding school works. Yet I doubt if it’s the main reason adults choose to send their children to Harrow or Eton. Nor am I convinced by Renton’s argument that this is part of some insidious psychological process of ‘normalisation’, meaning that adults convince themselves that they had happy childhoods by forcing their children to repeat them. (By that rationale, anyone who tells you they enjoyed their schooldays is to be mistrusted.) Social advancement is his other suggestion, and there may be something in that. But I believe the main motivation is something slightly different. And I’m sorry, but I can’t think of any other way to put this. It’s the public school product.

I’m not talking about the negative stereotype, the uniformed hoorays and uninformed hearties, although God knows they exist. I’m talking about the positive stereotype. There are a few of them around, too. I mean someone who’s confident, well-mannered and articulate; resilient and resourceful; at ease in the world; with a surprising, self-deprecating sense of humour. Someone, that is, a bit like the author of this book. (You see, Alex, it is about you, after all.) I’m guessing that the rich, foreign parents whose children now make up 30 per cent of pupils at these eye-wateringly expensive institutions met a run of Old Etonians, and caught a lucky break. The result was they found themselves thinking: I’ll take one of those.