Yo, I don’t wanna fight Cerberus 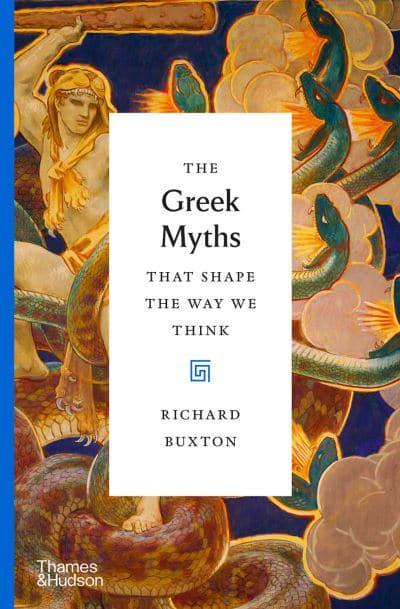 Once upon a time, there was a collection of stories that everybody loved. They involved brave heroes like Perseus and Theseus defeating fearful monsters such as the Medusa and the Minotaur. Sometimes they used ingenious gadgets to achieve their goals, a bit like James Bond with his exploding pen. Sometimes they were helped by women who took a fancy to them.

Some, like Icarus, failed. Others succeeded, but still came to a sticky end, like Oedipus, who solved the riddle of the Sphinx, but also killed his dad and married his mum. The point is that these stories were so old that they came from a time before writing. That meant that there was no copyright. There was no set text. So they could be adopted and adapted and take many forms.

This was handy when Christianity came along, whose followers were keen to reinterpret the myths to make them sort of Christian. Early Christian writers zoomed in on details of particular stories that allowed them to suggest that the heroes were really allegorical representations of Jesus Christ. The mighty Heracles descending into Hell and living to tell? Jesus, of course. The crooner Orpheus, who also went to Hell and back? Same deal. Odysseus strapped to his mast, listening to the song of the Sirens? A bit like Jesus on the Cross, right?

When you’re a hammer, everything looks like a nail. This is a major theme of Richard Buxton’s bountiful, beautifully illustrated guide to eight Greek myths: Medea, Oedipus, Orpheus, Heracles, Prometheus, The Judgement of Paris, Icarus and the Amazons. Time and again, people have picked up these myths and viewed or skewed them according to their own particular interests.

Consider the two Francis Bacons. The 17th century philosopher took a look at the Orpheus story and decided that it was all about philosophy. The singer’s ability to tame the animals and combat death with his song represented distinct branches of philosophy: ethics, and natural philosophy or science. The 20th century painter took the tale of Agamemnon, Clytemnestra and Orestes as the starting point for his deeply personal Triptych Inspired by the Oresteia of Aeschylus, which is currently on show at the Royal Academy in Piccadilly. The blood-stained story, it turned out, was all about him.

Buxton, who is Emeritus Professor of Classics at Bristol University, doesn’t explore what a myth is, nor tell us why he has chosen these eight. He has two aims. The first is to show the infinite adaptability of the Greek myths. The second is to argue that they are “meaningful for virtually everyone, regardless of their economic circumstances or cultural background”.

In the first aim he succeeds completely. I had no idea that in 15th century Florence, wedding chests, known as cassone, often bore an image of the myth of Medea: an odd choice, since she murdered her own children. Buxton’s book is a literary wedding chest, packed with fascinating curios, intriguing asides and spiralling sub-plots. But it too bears a slightly misleading label.

The Greek Myths That Shape The Way We Think? Presumably these should also include the stories of Perseus, or Theseus, or Odysseus, or Achilles? Or if they don’t, why don’t they?

The present tenses in the title also seem dubious, as it’s in its most recent examples that Buxton’s book is weakest. If he wants to speak to a broader audience, too, he must dust down his prose style, which is peppered with fusty double negatives (“it is no coincidence”, “not for nothing”, etc). He should probably say “contemporary” rather than “chronologically concomitant”.

Why wouldn’t such a book talk about the extraordinary dominance in Hollywood over the past 15 years of superhero movies, involving larger-than-life characters that seem obvious ancestors of Greek mythological heroes? In 2008’s Iron Man, for example, Tony Stark’s imprisonment in a cave, and how he escapes, arguably hark back to Odysseus and the Cyclops.

Street artists Banksy and Zilda reference Greek myths, but don’t get a mention. Buxton might equally have touched on Twitter poet Brian Bilston’s take on Orpheus, which sees the hero search for his lost love in the modern hell of a JD Sports outlet, or have name-checked re-takes on familiar myths from a female perspective by Madeline Miller and Natalie Haynes.

Admittedly, in some cases, these aren’t the myths that Buxton has chosen, but in many cases they are. Why, for example, is there no nod to Disney’s Hercules film? Last night, I saw its latest animated feature Encanto, with its female Columbian equivalent for the muscle-bound hero. (“I feel berserk as a tightrope walker in a three-ring circus … Was Hercules ever like, ‘Yo, I don’t wanna fight Cerberus’?”) That probably came out after Buxton handed in his final draft. But why not take in the absurd exhibition staged in Moscow in 2014, in which obsequious artists presented a butch President Putin performing equivalents of the labours of Heracles? In one, he shoulders the globe, which is turned to present Ukraine foremost. In a detail that now seems disgusting, a white dove of peace flutters.

The author is clearly happier referencing Rubens than lyrics by Lin-Manuel Miranda, let alone second-rate post-Soviet propaganda. This is fine, of course, but it doesn’t really land his blow for up-to-the-minute relevance.