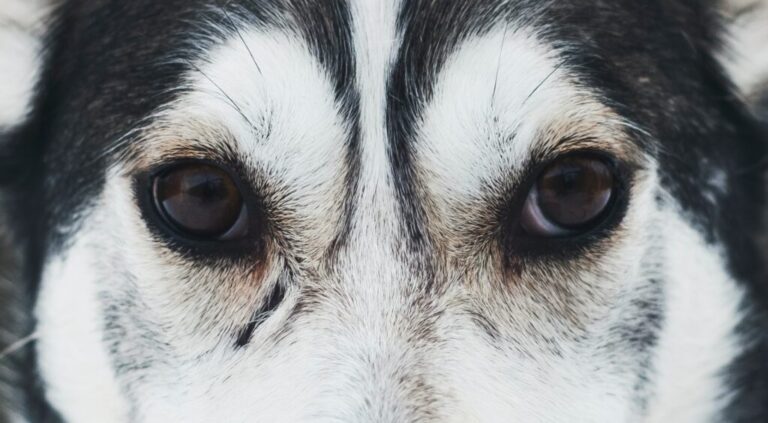 Most authors lead uneventful lives. They spend their time at desks — you know, writing. Alexander Fiske-Harrison is an exception.

To research his book about bullfighting, Into the Arena, he spent months in Spain studying the country’s fighting bulls, and ran with them in the corrida in Pamplona. Now he has turned his attention to wolves. For his study of the historic and cultural relationship between mankind and the “children of the night” (as Gary Oldman calls them in Dracula), he will live in Yellowstone Park and observe the animals at close quarters.

We met up with him at a suitably feral pub in Chelsea — and naturally we asked first how he avoids being eaten. But we were also fascinated by his insights into real life. Turns out, his tactics for countering aggression and handling fear are just as relevant in the workplace.

Read on to learn about the importance of being unattractive, what it means to “stott”, and why you should always carry a blade.

So, let’s get to it. What do you do if a wolf attacks you?

“They’re gold. In any fight, eye-gouging is the way forward. Also you should bear in mind that a wolf’s not going to go for you, unless it’s at the point of starvation. In which case, it’s weakened. Which means you’ve already got an advantage. In any case, you’d never be attacked by a single wolf.”

So, the idea of a lone trekker being confronted by a lone wolf, that’s not something to worry about?

“It’s never going to happen unless you’re dealing with an animal with rabies. Or one with severe issues.”

But you might come upon a pack of wolves.

“You would never come upon a pack of wolves. They would have been tracking you for twenty miles. They hunt in silence. They don’t signal their approach. They don’t say, ‘We’re coming to get you,’ in wolf language, or any other language.”

If that happens, are you basically screwed?

“Everything’s a negotiation with animals, as it is with people. Be they feral or semi-wild like a fighting bull, or be they fully wild like a wolf. You’re in a conversation. A negotiation. It’s an exchange. And you just have to make yourself as unattractive as possible.”

That’s always been our approach.

“In other words, you’re going to keep stoking the neural networks to do with fear, to switch them away from predation and onto escape. You’ve got to make yourself as intimidating and as terrifying as possible.”

Would it be helpful to leap eight feet into the air, waving brands of fire and screaming?

“That’s the ‘stotting’ theory. That’s the reason why, when antelope run away, they bounce their hind legs so high in the air. They show how high they can jump to mock the predator. It’s not the most efficient way to run. If you wanted to run away fast, you’d just run away fast. You’re showing the animal: don’t come after me, look how high I can jump. This is not a conscious thought. It’s an evolved process in the war between the predators and the prey.”

Are you saying, if we were being chased by wolves, we should ‘scott’?

“The word is ‘stott’. Like the actor Ken Stott.”

The Scottish guy with the beaten-up face?

“And to be honest, if you looked like him, you’d probably stand a better chance of escape. The point is, you’re very odd already. You’re a bipedal animal. Wolves won’t have hunted you before. So, they don’t know how to take you down. So, there’s all of these different issues. They don’t know how to go about the process. They’re going to be sizing you up. What you have to do is be utterly fearless. Charge them. Running away is absolutely pointless. They can run hundreds of miles a lot faster than you can sprint flat-out. So, you charge at them. And you show them that you have enough in you that this is going to be the most expensive meal they’ve ever had. And they’ll go: no. We’d rather dine somewhere cheaper.”

Sounds simple. If a little terrifying.

Do you have any secret techniques for dealing with fear?

“Fear is… Can I steal one of your cigarettes?”

“The thing about fear is that, the more you deal with it, the more used to it you get. When I was talking to matadors as part of my research for Into The Arena, I remember Dávila Miura saying, about managing other matadors, ‘Put them in the ring every day if you can.’ Because the longer they have to think, the longer away from fear they are, the more fear becomes the dominant factor in the psychology. Whereas the more fear becomes part of your daily routine, the more you’re used to it, so you can overwhelm it with conscious thought, and therefore you can deliberately act. It comes down to will. Can you enact your will? And you can only enact your will with total dominance of fear. And that means exposing yourself to fear. Constantly.”

Is fear something that has affected you?

“All the time. I’m currently writing something about Pamplona, and the fear that arises every time you go out there. And it gets worse every year. It’ll be July 7 — and that’s vomit time. I’ll be throwing up. I’ve seen people die now. I saw a guy gutted by a bull. That was in 2015. The bloodiest year for the bull runs in Spain. And it works on you, that shit. It works on your dreams. The opening to my new introduction to The Bulls of Pamplona [the official guide to the bull-running in Pamplona] is: ‘It’s when the dreams come. When the nightmares come. The big black shadows and the long horns, that’s when you know it’s started. That’s when you know it’s really begun.’ All bull-runners know this and it comes sometime in April. You’re all thinking about July and what’s going to happen in Pamplona on that first day. And the dreams come. And it really starts to f**k with you.”

“But there’s a pleasure, or a pride, in being able to deal with that. In knowing, I am adequate to that. Eventually it becomes overly dominant and your physical capability decreases. And you stop doing it and you go there for the drinking and the partying. The only alternative to that is very rigorous training, which is what the army does. So, the army tries to instil in you such hardwired training that, even in panic, you still deploy from the vehicle that’s been blown up by the IED, find the position to defend, lay down covering fire, without even thinking about it. No one uses courage. Because courage is utterly unreliable and varies from person to person. But in the case of people like bull runners, then you do rely on courage. You constantly grate against your natural fear and it will retreat. Which is a bit like how you deal with phobias in cognitive behavioural therapy.”

How does this translate to wolves?

“Well, then the big issue will be: don’t show fear. And that’s as much acting as anything else. Can you act to an animal that’s not listening to you declaim Shakespeare? How do you stop your body language from shifting?”

Are you going to be using Method techniques?

“Yes. In the literal sense of imagining myself on the bull run. Something I can dominate. The aim is to mask body language. Because that’s all they read in humans. They’re not used to our body structure. But they can see muscle set. They can see when you lock. That tension. So how do you remove that, keep yourself free and easy?”

Obviously, it’s going to help if you’re wearing a flawlessly fitting pair of strides. “Fantastic segue. You have a gift. But yes, since you bring it up… I’d recommend a pair of Bulletproofs for extra protection in the wild. Maybe avoid the Fawn Cords. No point asking for trouble.”