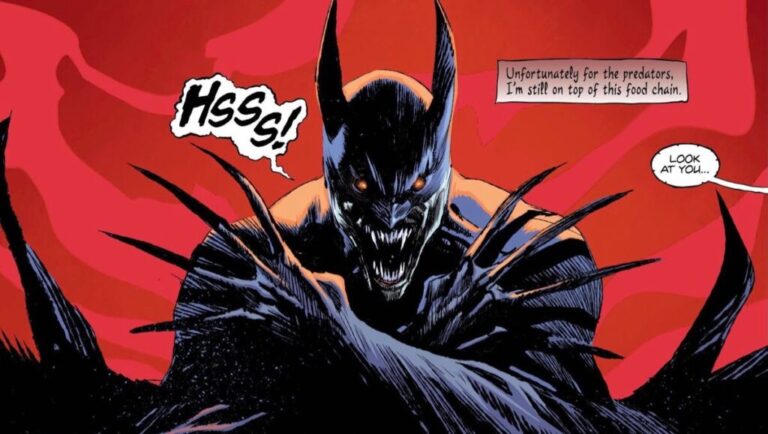 It’s 1939, and a young artist named Bob Kane has been tasked by DC Comics with creating a superhero to rival its Superman. He comes up with a man-bat hybrid, but dresses him not in the costume we know, but in a bright red body stocking, a domino mask and stiff batwings. His story writer, Bill Finger, isn’t convinced. Why not, he suggests, style him in black and grey, swap the mask for a cowl and replace the wings with a dark, swirling cape, like Dracula’s?

Fast-forward to 2019. In this 80th anniversary year of the birth of Batman, DC announces that the next person to play him on screen will be the British actor Robert Pattinson — and the internet erupts with geek dismay. “Plz don’t tell me I read that right,” one Bat-fan complains. “This has to be a joke,” another laments.

If the sticking point here is the teencentric Twilight movies, in which Pattinson played the bloodsucking heartthrob Edward Cullen — and it seems this is the main complaint — then it smacks of ignorance. For anyone aware of Batman’s vampiric origins, it would be hard to imagine a better apprenticeship for the role.

Consider, for a moment, his appearance and aristocratic background. The bat association is almost too obvious to stress: vampires are human versions of bloodsucking bats and can turn themselves into the creatures as need arises. Whether in costume as Batman or out of it as the playboy Bruce Wayne, our hero is an entitled type. Those who know their Bat-facts will recall that Wayne traces his origins to Sir Gaweyne de Weyne, a knight of the Scottish court who fought in the Crusades.

He lurks in a gothic gated mansion, attended by a sepulchral butler. When he requires a deeper solitude, he can retreat to a cave. That’s right: an actual cave, conveniently located underneath his home. For hell’s sake, the city where he lives is called Gotham. Admittedly, the etymology of this nickname for New York derives from the Nottinghamshire village of Gotham (pronounced Goht-em), which was proverbially inhabited by idiots. But don’t try telling me that when Finger was picking a name, he didn’t go for Gotham (Goth-am) because of its gloomy architectural sound associations.

According to Les Daniels’s Batman: The Complete History, the creators of Batman were inspired by a flying machine drawn by Leonardo da Vinci, a thriller called The Bat “and, of course, Bela Lugosi’s 1931 film Dracula”. Anyone in doubt should look at Wayne’s words in his origin story. After his parents have been killed by a thief, he’s struggling to craft a crime-fighting persona. In a eureka moment, a bat flies in at the window, just as he exclaims:

“Criminals are a superstitious, cowardly lot, so my disguise must be able to strike terror into their hearts. I must be a creature of the night, black, terrible…”

What makes this a slippery subject, of course, is that vampires and superheroes in general, and Dracula and Batman in particular, are not fixed at birth. They are usurped by the culture. Over countless reincarnations, they are repeatedly brought back from the dead in subtly or substantially different forms.

At first, there was nothing glamorous about vampires. As Nick Groom notes in The Vampire: A New History, they were drooling, lurching, dripping creatures, born at least partly of our ignorance about the process of decomposition. After death, a body oozes. Fingernails seem to grow. Blood may appear around the mouth. From this there arose rumours of restless bloodsuckers. Yet gradually, over the centuries, this creature of the night bettered himself, becoming a dashing aristocrat. He even, in some cases, developed a conscience.

The superhero has also developed, but in the opposite direction. Starting as a lantern-jawed defender of “truth, justice and the American way” (a catchphrase of Superman), he lost confidence, finding himself accused of being the problem, not the solution; the antihero.

Where these two trends meet, you find Batman. He’s the superhero who hides in the shadows, the fangless Dracula, an inverted Jay Gatsby with a very dirty secret. You might not have known it during the Swinging Sixties, when Adam West’s camp portrayal on TV made most of Batman’s adventures seem more like an episode of Top of the Pops than a gothic horror story. Yet the vampiric association was there from the outset, and it rose again in the darker decades that followed.

One of the Dark Knight’s first antagonists was a vampire called the Monk. Because Wayne lacks supernatural powers, to combat this servant of Lucifer effectively, he is forced to invent some early examples of the impressive array of gadgets that would assist Batman over the years, namely the Batgyro and the Batarang. Fans would have to wait a while for the appearance of other niche pieces of kit such as the Bat-grenades, the Bat-rope and the Bat-cuffs.

In 1964, a pallid second-generation Slovak made the latest in his series of experimental films: Batman Dracula. History will record it as the first feature-length film about the black-clad superhero with the pointy-eared cowl. The name of its otherworldly creator? Andy Warhol. The film has mostly been lost — and maybe we should be glad about that, because the surviving clips suggest pretentious arthouse silliness, with the lead actor, Jack Smith, looking sinister and waving a black cape around.

Then Tim Burton tuned in to the vampire vibe. In his 1989 film Batman, Wayne’s girlfriend is taken aback to find him hanging upside down. Apparently, this is just how he sleeps.

In the nihilistic 1990s, the vampiric narrative reached its zenith in the graphic-novel trilogy Batman & Dracula. In the first volume, Red Rain, Batman defeats Dracula, but is bitten and becomes a vampire. In the second, Bloodstorm, he sucks the blood of his arch enemy, the Joker. In the third, Crimson Mist, he sucks the blood of other enemies before committing suicide. Presumably the writer, Doug Moench, ran out of weather types and shades of red (Scarlet Sleet?).

The point is, Moench saw what Burton and Warhol knew: that, apart from his lack of fangs and the fact that he didn’t want to eat people, Batman was a vampire.

Last weekend, Marvel announced plans to reboot its Blade franchise — reviving the black-clad vampire-hunter who is himself a vampire, to be played by the double Oscar winner Mahershala Ali. In the brouhaha that followed (or was it just my Twitter feed?), some noted that the success of the original Blade films had given the company confidence, setting the stage for the Marvel Cinematic Universe — and thereby, in a sense, shaping the modern film landscape.

Not bad for a character created cinematically by Wesley Snipes. I found myself wondering who the DC equivalent was. Because, like the Greek and Roman gods, there are equivalences between these stables of heroes, and they’re fairly clear. DC’s Superman is the counterpart of Marvel’s Captain America; Wonder Woman is the opposite number of Captain Marvel; Aquaman equates to the Sub- Mariner. I could go on. So who is DC’s vampire superhero?

Turns out it is a character called Andrew Bennett, a vampiric aristocrat who uses his powers to combat his ex-lover, a less noble vampire named Mary, Queen of Blood. But Bennett hasn’t reached the mainstream.

No, the answer is hiding in plain sight. Happy 80th birthday, Batman, you old vampire. Here’s to the next eight decades.