The island of Scientology 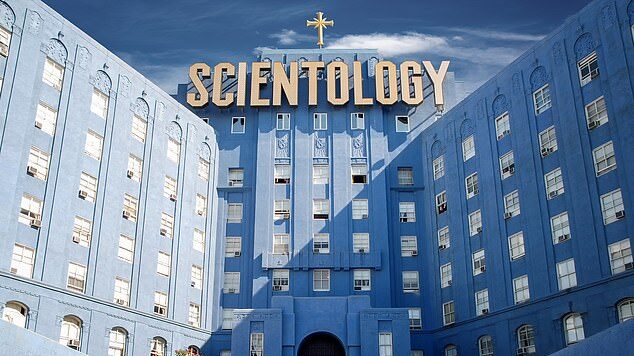 What is it about islands that appeals to little men with big ideas? It’s Corfu I’m thinking about, primarily. Napoleon was obsessed with the place. Kaiser Wilhelm owned a summer palace here, the neoclassical Achilleion, where he installed a huge and hideous statue of Achilles. Can I add George Osborne to the list? Perhaps I’d better not. There’s a far better figure to complete the triumvirate, if that’s the phrase: the sly, off-kilter and phenomenally litigious founder of Scientology, L. Ron Hubbard.

Last month, the Daily Telegraph ran an obituary of one John Forte, a former officer in the British Army, who had two claims to fame when it came to Corfu. The first was that he’d revived its tradition of playing cricket, which had lingered since British colonial days. The second was that, in August 1968, he had been honorary vice-consul when Hubbard hove into port in his 320ft former warship, the Scotsman, along with 200 or so of his black-uniformed disciples. They immediately set about winning over the harbour-master (always advisable on entering a marina). Then they turned their attentions to the wider community, and swiftly charmed them too.

How? By money, to begin with. Hubbard was rich and most Corfiots were poor. ‘It was a thirsty island and society,’ I was told by Marios Paipetis, a Corfiot lawyer who was in his twenties at the time. Tourism hadn’t quite kicked in, and the Scientologists were spending something like £1,000 a day. In addition, there were a lot of hotties — in uniform, too. The crew on board the Scotsman, and the two boats accompanying it, was seething with pretty girls, including Diana, Hubbard’s fresh-faced 16-year-old daughter. Local Greek guys, Paipetis included, were interested. They were like ‘the girls of Gaddafi’, he reminisced. Sadly, they wouldn’t go to bed with you, but they were easy on the eye.

Meanwhile, Hubbard began a propaganda drive. He published a ‘manifesto’ in which he set out grand plans for investing in the island. He would transform the old and new forts into complexes of casinos and hotels. The Palace of St Michael and St George would become a university of philosophy (with special emphasis given to one philosophy above all). There would be golf courses. Another harbour, built in the north. Hubbard gave an interview to a local paper in which he was asked what he thought of the new Greek constitution. His answer gives a flavour of the man:

I have studied many constitutions, from the times of unwritten laws which various tribes have followed, and the present constitution represents the most brilliant tradition of Greek democracy.

This was his first mistake. He was talking about the constitution drawn up by the so-called Junta, also known as the Colonels, who ruled Greece from 1967 to 1974, and aren’t remembered for their commitment to democracy. They weren’t popular, let’s say, and some locals didn’t like the sight of Hubbard sucking up to them.

Counter-feeling began to accumulate, added to by the dismay of anyone who witnessed a bizarre ritual that took place on the deck of the Scotsman every morning: namely, people being chucked off it into the sea. It’s quite hard to find out reliable information about the inner workings of such an organisation, but Scientology appears to operate under a strict disciplinary structure. Or was it only that way then? It seems clear that crew members who messed up were subjected to ‘overboarding’: made to walk the plank. Sometimes they were blindfolded. It would have entailed a drop of 30 or 40 feet. And the Ionian sea can get pretty cold in winter.

‘Of course, the overboard ceremonies had quite a negative impact on our PR programme,’ a former Scientologist, who was on the Scotsman at the time, has stated. You reckon? People took their concerns to Forte. Most of the Scientologists were American, but there was no American consul on the island. Moreover, the boat had been British, had a British name, and was flying the flag (oddly) of Sierra Leone, a former British colony. Forte, who knew that Hubbard had been declared persona non grata in the UK earlier that year, advised them to lobby the Greek tourist minister, and began some lobbying of his own to have him banished from Greece.

On the surface, things were still going smoothly for the Scientologists. On 16 November, Hubbard attended a party in his honour at the Achilleion. The next day he held a renaming ceremony at which his daughter smashed a bottle of champagne over the Scotsman, and declared, ‘I christen thee yacht Apollo.’ Hubbard was delighted. Let’s hear him in his own words:

This is quoted from one of the ‘Orders of the Day’ with which he communicated with his crew, and which Forte reproduces in his memoir of the Hubbard episode. He got hold of it, and other such documents, from another former crew member, a certain Hana Eltringham, who remains friends with the Forte family to this day.

Yet on 17 November, the Sunday Times ran a piece about Hubbard’s presence in Corfu and ‘overboarding’. The tide was turning, and it continued to turn over the course of the winter. On 9 December, a crew member named William Deitsch disappeared, apparently having fled the boat. On 18 January 1969, another, Pearl O’Krackel, did the same. She had fallen for a local electrician, ran off with him, and told him about life on board the Apollo: punishments, as well as overboarding, including days in the bilge on only bread and water. This kind of thing only increased the damage to the Scientologists’ reputation.

Not everyone was against them, however. In late January, a group of shopkeepers’ unions lobbied the government to ignore misinformation from ‘persons entirely foreign to Corfu’, by which they meant, among others, Forte.

It’s unclear what exactly, in the end, persuaded the Junta to kick Hubbard out, a step they finally took on 19 March, with just 24 hours’ notice. Costas Daphnis, a Corfiot journalist who campaigned against Hubbard from the moment he arrived in port, believed that it was the coverage in the international press. Forte’s daughter, Melita, who was a child on the island at the time, has little doubt that her dad did it. No doubt Paipetis would say it was the general mood of suspicion among the locals. The best recourse, as often, is to let Hubbard himself, the wordsmith, have the last word. Six days after sailing out of Corfu harbour, he issued this Order of the Day:

NEVER NEVER NEVER NEVER NEVER go near a British Consul in any port we are in for passport renewal or any other reason… The Corfu trouble has been traced by our missionaries to FORTE the Corfu British Consul who told the most vile and fantastic lies about us such as … that we poisoned wells and did black magic. We are suing him there and also will kick it back to England. The whole Corfu incident was censored out of Greek press and has not hit International Press. So no ports know of it. Which is OK. But let that be a lesson to us about British Consuls. So that’s how they lost their empire!