In praise of the Greeks 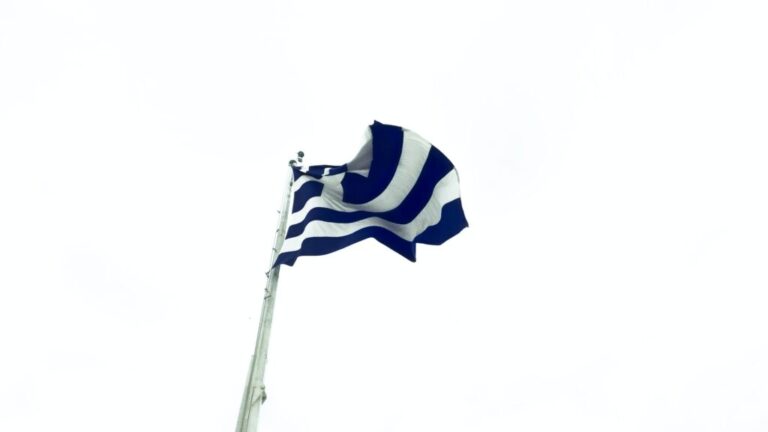 Let’s sing the praises of the Greeks. Not the ancient Greeks. That’s an open-door argument: look what they did for democracy, philosophy, literature, and so on. No, I mean modern Greeks, the ones who live in Greece today.

I’ve been out here since February with my wife and baby son, Nika. Even in this year of severe economic and political crises – the latter eased slightly by the victory of the ruling party, Syriza, in a snap election on 20 September – the warmth and generosity of the welcome we have had, particularly Nika, has been extraordinary.

Forget the idea that Italians love bambini. They may say they do but, in comparison, they’re not all that interested. The Greeks genuinely love children, infants above all. Everywhere we go, I feel as if I’m the minder of a miniature celebrity. They want to touch him, talk to him, give him gifts. It is possible that some magical power throbs through my one-year-old’s fontanelle. But the more likely explanation is that the Greeks are just really into babies.

It goes deeper. They believe in the principle of philoxenia, which means “the love of strangers”. Its ancient equivalent was called simply xenia and it was particularly embraced by the inhabitants of Corfu, which is where we have been mooching about.

According to Homer, Corfu was where Odysseus received the warmest welcome on his journey home from Troy, a masterclass in how to treat strangers: first, you give them food, drink, a bath and fresh clothes. Only later do you ask who they are and where they are heading. Then you speed them on, weighed down with gifts.

This giving and receiving of gifts was central to xenia. In an essay in 1925, the French socio-anthropologist Marcel Mauss argued that, wherever you are, whatever the situation, there is no such thing as a free gift. The recipient is agreeing to a “gift debt”, which must be repaid at some point in the future. Mauss may have had a point when he wrote that, in ancient Greece, gift-giving wove a complex network of social dependencies. At the same time, surely, a gift could also just be a gift. And it still can be.

Go into a Corfiot restaurant today and your meal will invariably be rounded off with a pudding or a liqueur, on the house. Often, you’re sent away with a bottle of wine, or some local speciality. “Presumably this is in the hope that you’ll return to the restaurant?” I asked my Greek friend Yorgos. “No,” he corrected me. “It’s only for the pleasure of giving.”

Again and again, over the past six months, we have been recipients of unexpected gifts. Often, it’s produce: a bowl of black cherries or bag of delicate-shelled eggs. Or some fresh fish (surprisingly expensive on this island). One time, it was an outfit for Nika.

Where do they come from, these Greek traits, this baby love, this gift-giving, this philoxenia? About the last, I can only speculate. Greece is an isolated, fractured country of peninsulas and 6,000 islands, separated from visitors by sea. In the north, access is obstructed by mountains. Indeed, the whole country is craggy: “good for goats”, to use the Homeric phrase. In a landscape where it wasn’t easy to get around, the arrival of a traveller was cause for applause. The geography gave rise to a maritime nation, at ease in the world, one whose splintered shape in its corner of Europe oddly mirrors that of another maritime nation in the opposite corner: ours. In Britain, we are pretty tolerant of strangers, consequent on our history as a nation of sailors, travellers and, once, like the Greeks, colonists. But we can’t match Greeks for warmth.

There has been some sneering about the reluctance of southern Europeans to pay their taxes. Most of us northerners willingly pay ours: a commendable virtue, if not, perhaps, a lovable one. It’s a good thing we do, because the money buys the scaffolding of the welfare state, patching the façade of a society in which individuals can no longer rely on material support from their extended family. That is not the case in Greece and other Mediterranean tax-truant nations, which are famed for the strength of familial bonds.

Am I getting carried away? Perhaps. It’s just that I’m ensconced in our apartment among the amber-glowing backstreets of Corfu Town, sucking on the stone of the last black cherry. My wife will shortly prepare some donated fish, or an omelette made from those fragile eggs. Nika prances in his brand-new togs. Have I been seduced by some carefully orchestrated campaign of philoxenia? Was Marcel Mauss right, after all?