In search of the Durrells #2 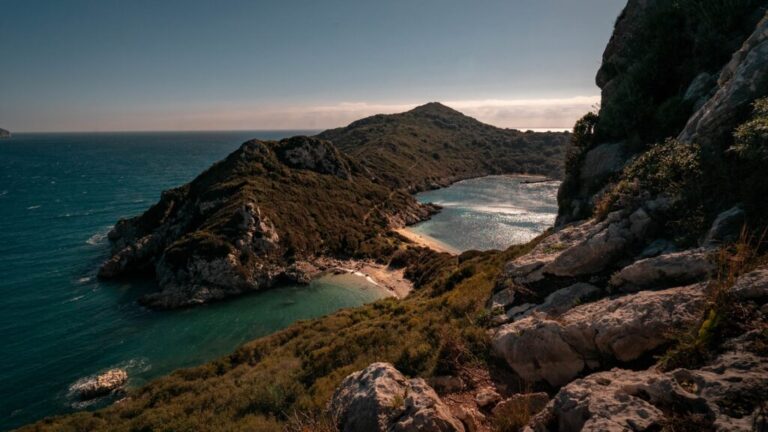 A female friend emailed wistfully: ‘If only life were like The Durrells…’

Ah yes, like many of us, she’s been watching The Durrells on Sunday evenings, the ITV show about the mishaps and adventures of an eccentric English family in Corfu in the Thirties.

Mind you, the Durrells are not having an easy time in this second series. Money is tight and the children are all battling with various issues — but there is still something idyllic about it.

Now there’s a chance to sign up for a Durrells Package offered by the Grecotel Corfu Imperial hotel, a few miles north of Corfu Town.

It includes a tour of the Grecotel Danilia Village, where many scenes from the show are filmed — this is only accessible to Grecotel guests.

Built in the Seventies, this replica of Thirties Corfu Town may sound a touch weird. And it is, but I also found it completely fascinating.

This was where the market scenes were shot, when Mrs Durrell (Keeley Hawes) sold her dodgy scotch eggs to the locals.

Unfolding before you is an authentic-looking Greek-Italianate street, complete with kafeneion (cafe/bar) and church with kampanario (free-standing bell-tower). The whole thing is built from ancient stone salvaged from Corfu Town after earthquakes.

A lot of the show was also shot in Corfu Town, where you’ll find narrow Italianate streets strung with lurid-coloured washing, romantic balconies and inhabitants as ancient-looking as the houses they live in.

While exploring this great city, take in the Church of St Spyridon (where young Margot caught an undesirable skin condition in Gerald’s first book, My Family And Other Animals).

And if you find yourself getting overheated, there’s a delightful little beach just below the Governor’s Palace.

Fans of Durrell’s books will also want to visit the White House restaurant in Kalami, which is part of the Grecotel package. It was here that the author moved after getting fed up with his family.

Finally, hire a boat from the Imperial and chug south a few minutes along the coast, until you spot the magnificent crumbling palazzo where the family in The Durrells lives.

It’s private property so you can’t explore the building itself. But you can gaze at it from the water — and easily imagine this quirky family skipping out to join you for a swim.