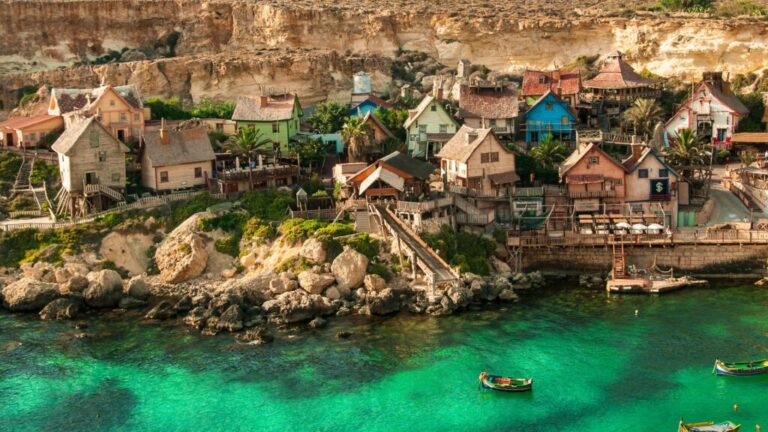 The Queen lived in Malta in the late 1940s after her marriage to Prince Philip, who was stationed there with the Royal Navy. In 2007, the couple returned to the island’s capital, Valletta, to celebrate their Diamond Wedding Anniversary, and spoke of their “deep affection” for the place. Now she’s heading there again, to attend the Commonwealth Heads of Government Meeting. So what is this special allure that Valletta exercises over all its visitors?

It’s unique. An extended fortress set on a little rock off the south coast of Sicily, Malta’s capital city boasts stunning Baroque architecture, dusted with rust-coloured sand from Africa. With 300 days of sunshine per year, it’s also said to have the best climate of anywhere in Europe.

In the late 16th century, the Knights of St John – a Catholic military order devoted to providing medical care for pilgrims – built the city from scratch as a stronghold against marauding Ottomans. It resisted all comers until Napoleon seized control in 1798. He in turn was ousted by the British, who ruled for a century and a half.

THE BEST OF BRITISH

A Maltese breakfast consists of pastizzi: pastries filled with spinach, sausage or cheese. These are a legacy of the British occupation, since they’re descended from Cornish pasties introduced by British soldiers billeted on the island. You can thank your waiter in English, since English is one of the two main languages spoken in Valletta. And as you explore the streets, you’ll notice red phone boxes and post boxes that look as though they’ve been uprooted from Trafalgar Square.

The one absolutely unmissable attraction of Valletta is St John’s Co-Cathedral. It doesn’t look like much from the outside, but step indoors and you enter an incredible world of gold leaf and Baroque extravagance. The Oratory at the side also boasts the largest painting Caravaggio ever did: the magnificently gruesome Beheading of St John the Baptist. If you like closely, you’ll see the artist has signed his name, with morbid flamboyance, in the spilt blood of the victim.

First tip: visit the residence of the de Piro family, the Casa Rocca Piccola in Republic St, which is open to the public. If you’re lucky, the exquisitely mannered Marquis de Piro himself will show you round, explaining the fascinating history of his home, its paintings and curios. Second tip: from May to October, there’s live jazz on Friday evenings outside Bridge Bar in Saint Ursula St. The steps are strewn with cushions and students, while the saxophonist pours his soul out. It’s a classic Maltese experience.

Rampila restaurant, on a site that once housed cannon defending the city gates, serves mouth-watering mains including rack of lamb with pine nuts and apricot couscous. At Ambrosia trattoria, bang in the middle of the city, you can sample traditional Maltese rabbit in red wine sauce. Then pop next door to The Pub, the watering hole where the hell-raising actor Oliver Reed finally expired, reportedly after downing three bottles of rum.

On Sunday morning, soothe your throbbing head at mass in St John’s Co-Cathedral, which starts at 9. Then take a boat trip around the great harbour: a port of such importance it was beloved by both Nelson and Napoleon to be key to the control of the Mediterranean. Let the lapping water and the shimmering reflection of the city’s castellations lull you into a state of meditative calm.

The Palazzo Prince d’Orange is a wonderful converted 17th century palazzo, resplendent with period touches. Take a suite, relax in the communal drawing room, which is well-stocked with books you’d actually want to read, and catch some sun on the roof-terrace, which boasts fantastic views of the surrounding city. Suites, which take four, start at £160 (www.palazzoprincemalta.com).

HOW TO GET THERE

AND WHY GO NOW?

Valletta is scheduled to be crowned European Capital of Culture in 2018, which means there’s a buzz about the place. Now is the perfect time to go.