Zermatt on a budget 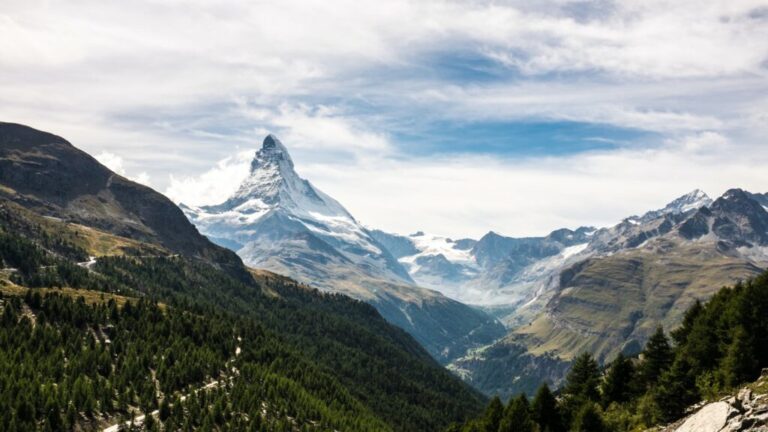 When I told my stepfather I was writing about ‘Zermatt on a Budget’, he quipped: ‘It’s going to be a short article.’ He had a point. Old, pretty, and very Swiss – I’m talking about Zermatt now, not my stepfather – the resort is notoriously expensive.

But I’ve cracked it.

Trick one: Travel by train. A new Eurostar service takes you to Visp for £179 return. From there it’s a short journey to Zermatt.

Trick two: Stay in the Hotel Cima. It’s next to the station and main ski lifts. The eccentric proprietor Silvano’s preferred joke on receiving guests is to tell them there’s been a mistake and they’ll have to stay elsewhere. But he’s a lovable fellow, really.

Trick three: Eat a monstrous breakfast, so you’re not too hungry come lunchtime.

Picnics are the best way to save money on-piste — or take the long lifts over to Italy, and pay in euros at half the cost of eating in Switzerland. The excellent Chalet Etoile does pasta dishes for £12.

For things to do after the lifts close, pick up a free copy of the Zermatt Times from any bar or hotel (www.zermatttimes.ch). The Matterhorn Museum is the best-spent £7 in town.

A ‘highlight’ is the rope that snapped after the first ascent of the Matterhorn in July 1865. Of the seven climbers, four fell to their deaths, including three Englishmen.

In the aftermath of the tragedy, an Anglican church was built here. On Thursdays from 6-7pm the visiting vicar gives a free tour of St Peter’s, with refreshments.

For dinner, Du Pont does a fine £14 kaseschnitte – bread soaked in white wine, topped with ham, melted cheese and a fried egg. Or there’s the excellent burger at Snowboat (£15).

After that, try Potter’s Bar, the local owned by Shaun Potter, for a cheap beer. Then it’s back to Hotel Cima – assuming Silvano hasn’t locked you out in a spirit of whimsy.